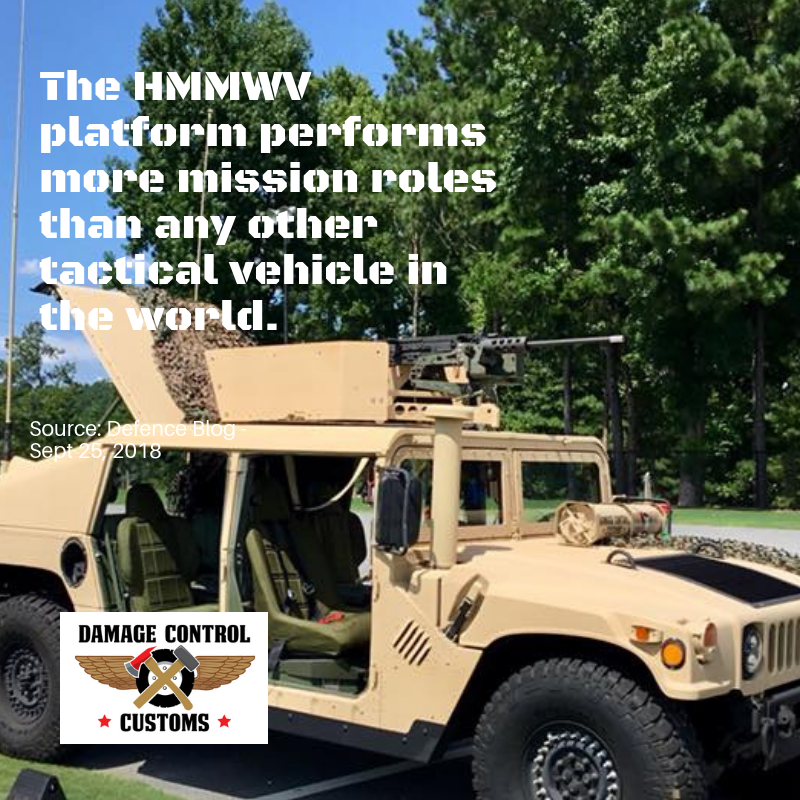 According to Defense Blog our beloved HMMWV actually performs more mission roles than any other tactical vehicle in the world.  What do you think,  do you think that’s true?  Also, if you served, then what vehicle did you use during your missions?  Leave a comment below and let us know.

When I served, I primarily served on board the USS Constellation, known as America’s Flag Ship. She cost over $265 million to commission back in 1961. Our missions were primarily linked to bombing runs. In fact, during Operation Iraqi Freedom we delivered/dropped 1.7 million pounds of ordinance. I know that the Ship isn’t a tactical vehicle but that’s what my experience was.  What was yours? Leave a comment.

This site uses Akismet to reduce spam. Learn how your comment data is processed.